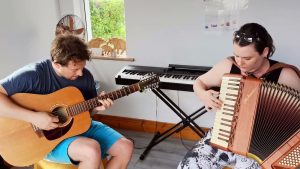 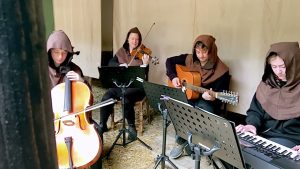 Performed by students and teachers from Grow Music as part of ‘Robyn Hood: Princess of Thieves by An Táin Arts The Adventures of Sherlock Holmes – 221B Baker Street

Excerpt from An Táin Arts Centre production ‘Sherlock Holmes and the Anaverna Adventure’ featuring teachers and students from Grow Music. 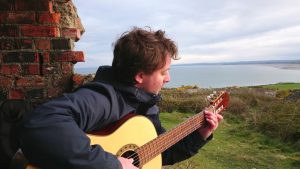 Somewhere Over the Rainbow (for Emily) 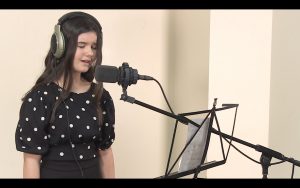 ‘From this Tree’ from the album, Entitled Untitled. This performance was part of the Solo@Home series produced by the Droichead Live performance of triskelion at the Purple Sessions, Boyle’s of Slane. June 21st, 2018. Produced by Gerry Hodgers, creator and Breifne Holohan & Roger Hudson from San Francisco Dreaming. Though born in London, I was evacuated at age 3 with A film about ‘Artists Arising’, an event held at Millmount Museum on the 24th April, 2016 to commemorate the 1916 The Water is Wide – Uisneach

Uisneach perform ‘The Water is Wide’ live at Millmount. Video by Liz King The water is wide, I can’t cross An excerpt from a residency with Sarah Ryan at Dance Ireland in April 2015. Choreography – Sarah Ryan Dancers – The Dream Work – ‘Rape of the Sabine Woman’ Promotional video for The Dream Work by the Collaborative Artists Company. Music: visions of half-sleep (excerpt) by Breifne Uisneach perform ‘Caledonia’ live at the Purple Sessions, Boyles of Slane. I don’t know if you can see The changes A collaborative project between composer and musician Breifne Holohan and artist Vivienne Byrne. A conversation between sound and visuals celebrating Where a Single Footprint Lasts a 1000 Years – Michael Holohan

AUDIO ONLY. A recording of one of Where a Single Footprint Lasts a 1000 Years performed as part of the