Resonating Bodies
by Breifne on February 12, 2017 in Dance

Resonating Bodies is a collaborative work directed and led by composer/musician, Dan Reid. It combines electronics, live music and dance in a large-scale improvised performance. Some material for the work and concept was developed during a residency involving Reid, Breifne Holohan and dancers, Sarah Ryan, Marion Cronin and Dagmara Jerzak in early 2015 at Dance House, Dublin. The first performance of Resonating Bodies was given at ICC Takeover at the Irish Architectural Archive in November 2015. 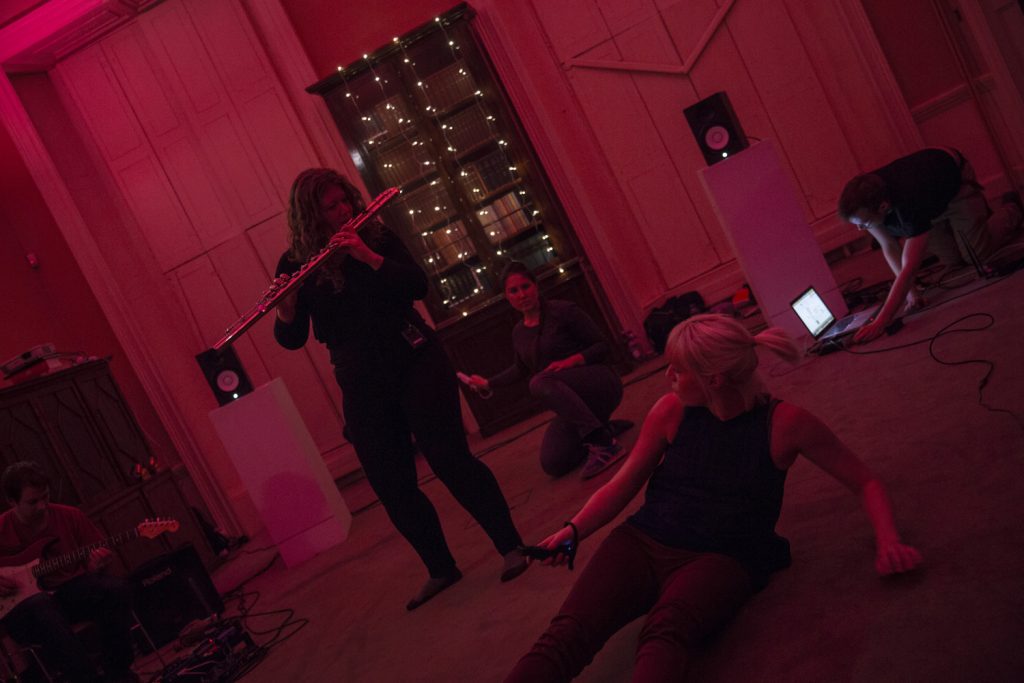 Exploring and forming relationships between sound and movement, both with the aid of technology and through more traditional means.

The piece is essentially an extended improvisation that has been devised by both musicians and dancers. Dance and music are two art-forms that readily seem to fit into one another, the overall aim of the piece is to highlight the connections and blur the differences between the two mediums.Dan Reid 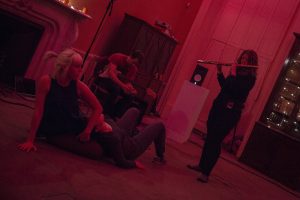 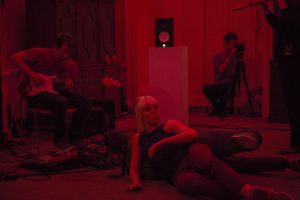