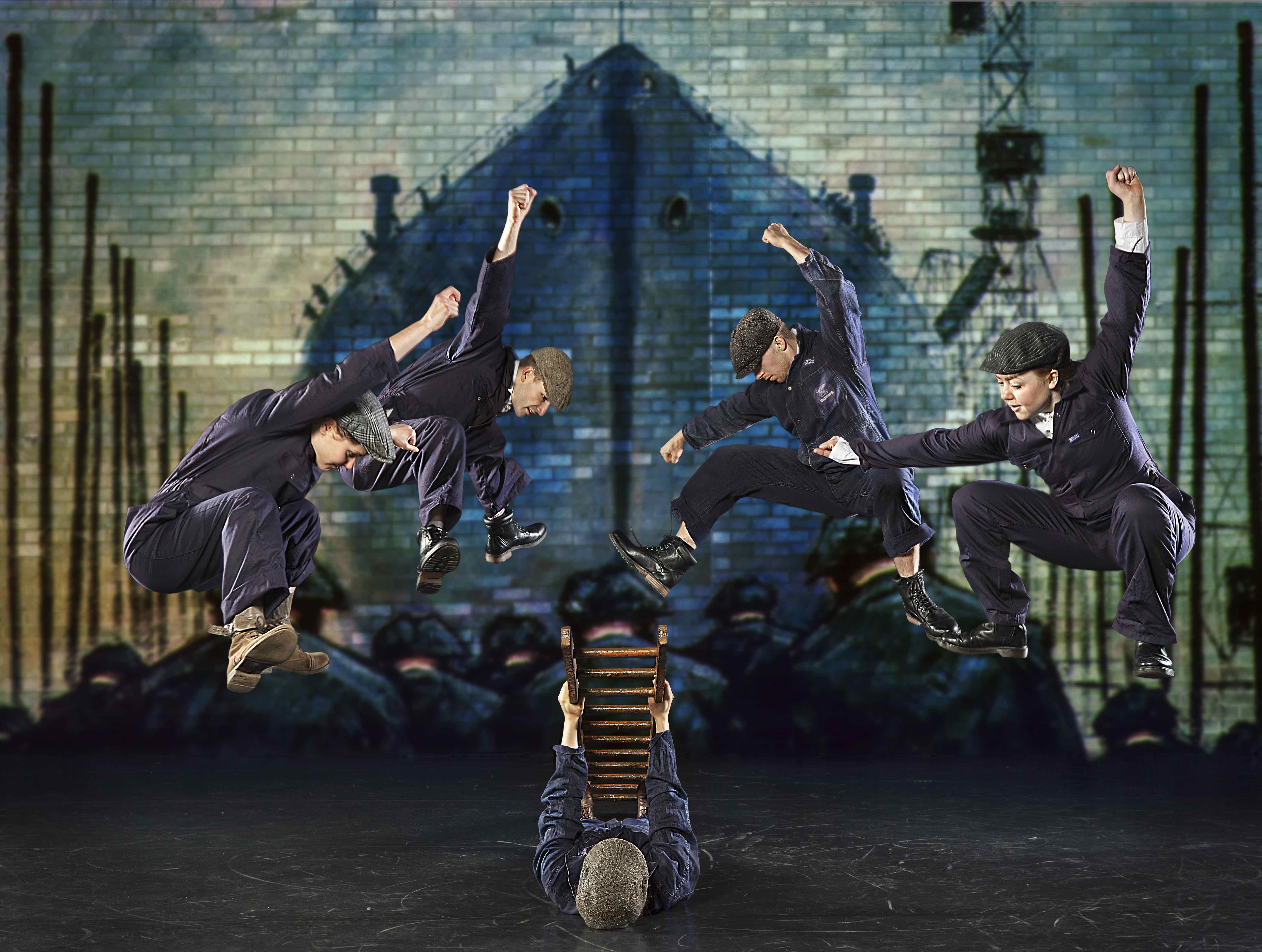 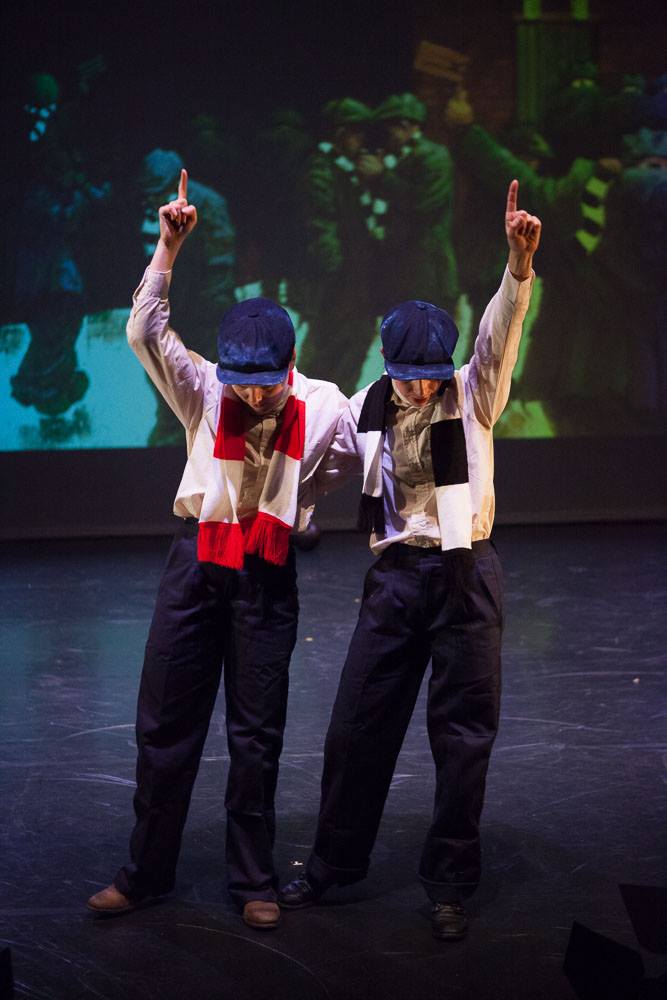 Launch Day is a contemporary dance production by the Kelly-Abbott Dance Theatre. In collaboration with visual artist Alexander Millar, KADT explores the industrial history of the UK shipyard communities. Bringing to life Millar’s paintings of working men and the iconic characters known as “Gadgies”, Artistic Director Kristin Kelly-Abbott uses her trademark quirky dance theatre style to re-imagine Millar’s paintings and bring to the stage a visual, physical and entertaining production.

Creating movement influenced by Millar’s paintings and research undertaken with former shipyard workers from the shipbuilding industry, Launch Day is a celebration of the UK in all its industrial glory and the culture and vibrancy of these shipbuilding towns. The working man is portrayed hard at graft, but also during their social time, in the pub and at the football. Launch Day presents a glimpse into the life of the working class at a time when industry thrived and there was still a sense of immense camaraderie amongst the shipyard labour force.

With stunning large-scale projection mapping and an industrial soundtrack featuring music by Mark Knopfler and original compositions by Irish composer Breifne Holohan; Launch Day is a dynamic, entertaining and honourable show, celebrating a key UK industry that has provided life for many across the country.

Shortlisted for Performance of the Year at the Living North Awards 2016. 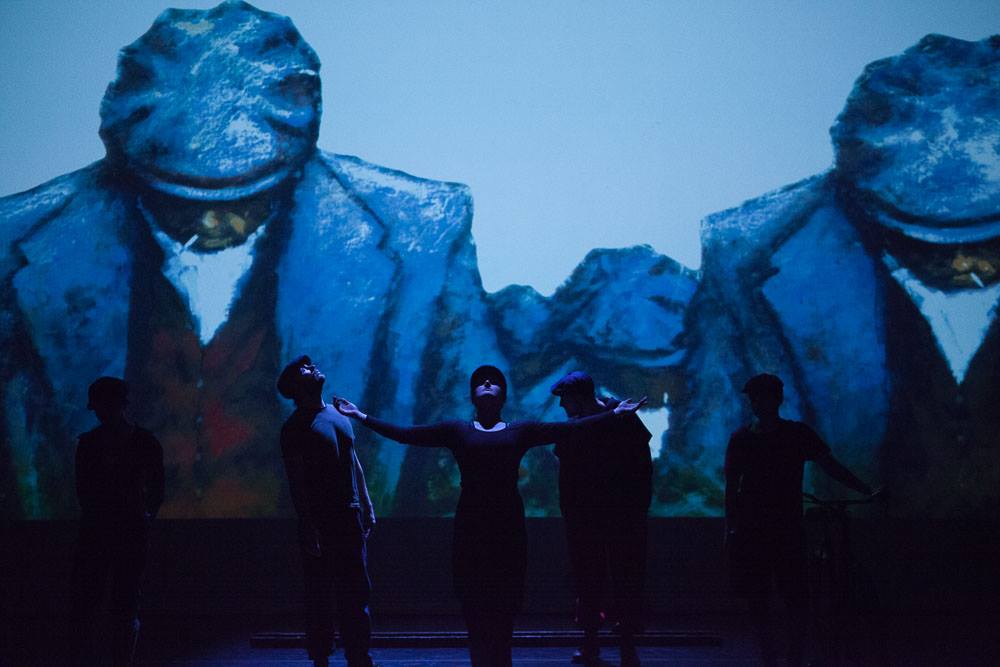 The show was wildly popular, drawing a standing ovation, and raucous laughter during its lighter moments.Hannah Graham, chroniclelive.co.uk, 2016

The images that Abbott has created in this performance leave this reviewer speechless.Gemma Hirst, northernlights.co.uk, 2016

This work has a strong sense of place. It’s a distinctive piece.Lyndsey Winship, Evening Standard, 2017 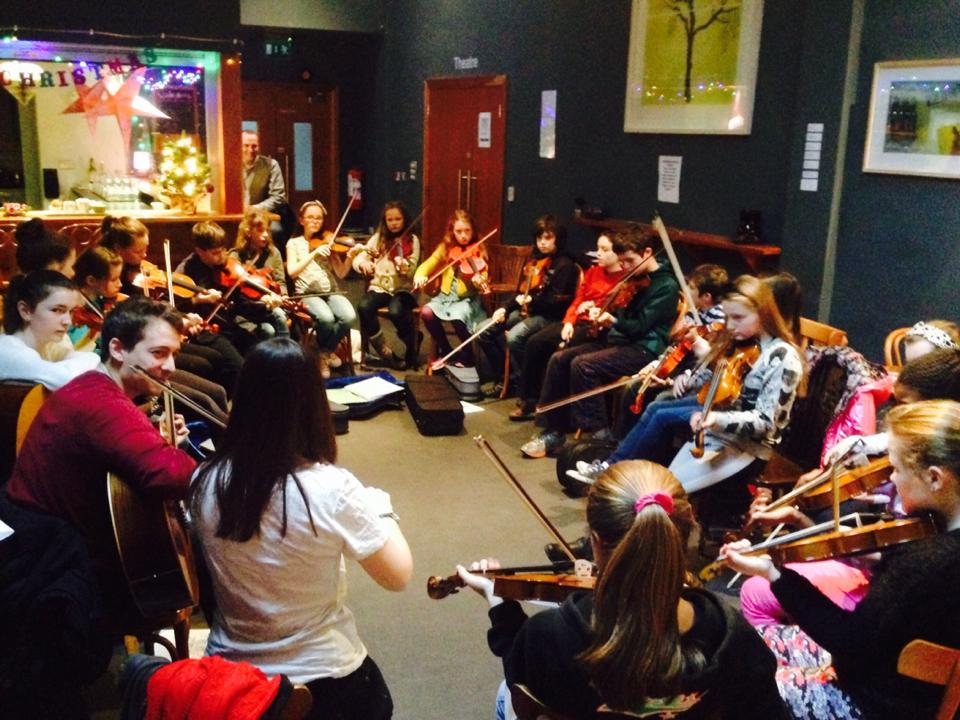 The soundtrack for Launch Day was composed and arranged by composer, Breifne Holohan. It also features music by Sergei Prokofiev, Lindisfarne and Mark Knopfler.

It’s always exciting when individual pieces of creative work come together to make something else. This project with Kristin’s dancers is inspired by painting and song and I’m delighted that some of my music is a part of it.Mark Knopfler

The soundtrack features a large number of local musicians from Kelly-Abbott and Holohan’s hometown of Drogheda including:

Through extensive collaboration with KADT, Holohan has created a unique, cinematic sound design for Launch Day, transporting the audience to Tyneside and immersing them in all the sights, sounds and smells of ‘gadgie’ life in the Newcastle shipyards of old. 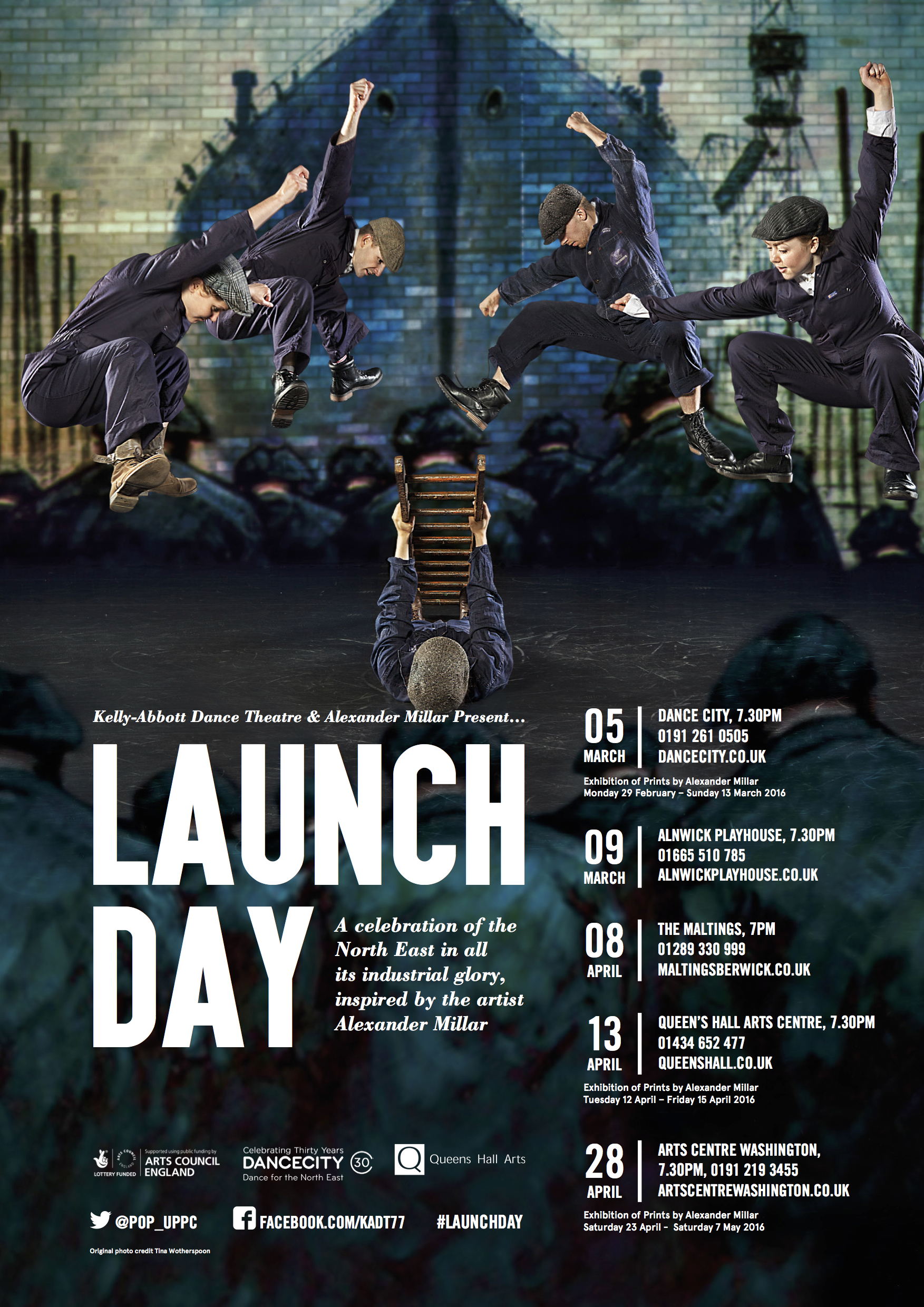 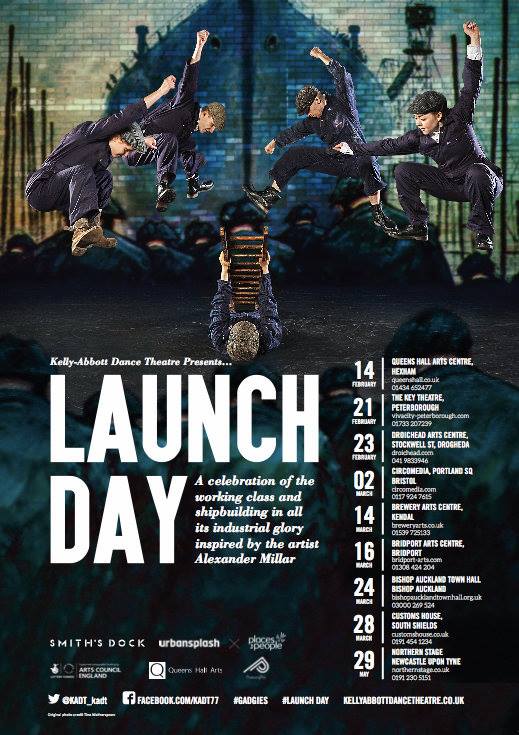