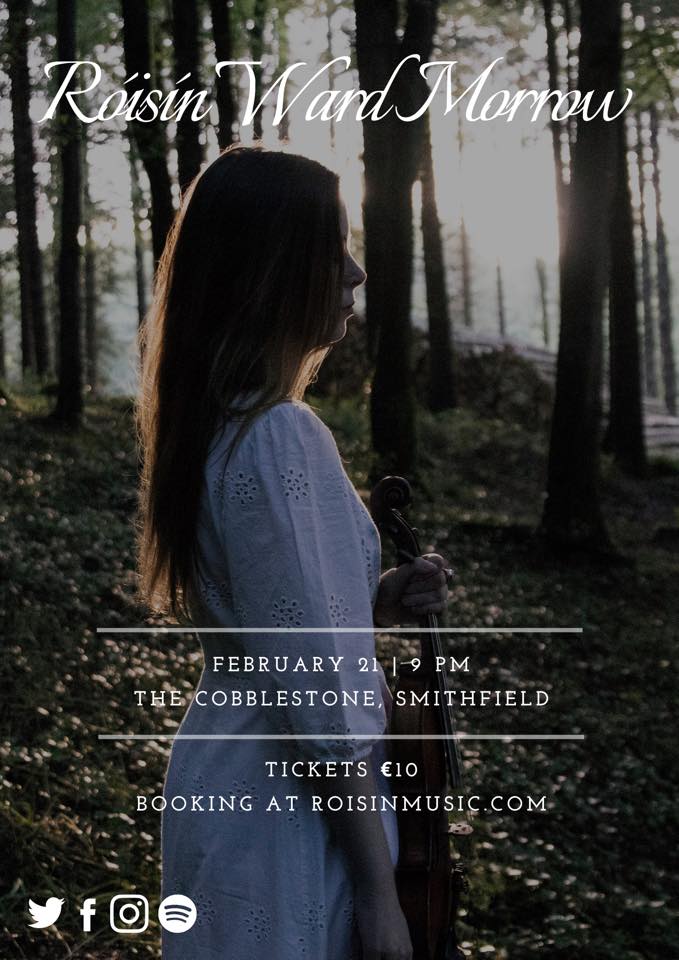 Róisín Ward Morrow is a fiddle player and singer from Co. Louth launching her debut album By the Light of the Moon.

By the Light of the Moon is a unique album of slow airs and a work of strong ambition, crafted through the original compositions and interpretations by Ward Morrow with arrangements by Breifne Holohan.

Róisín Ward Morrow is a former Leinster Fleadh champion and featured on RTÉ on St. Patrick’s Day 2019. She has performed extensively in venues that include Dublin Castle, Dublin City Hall, The National Concert Hall and The Grand Opera House, Belfast as well as touring internationally multiple times with Westend singer Peter Corry. She is also an alumni of the DIT Conservatory and as part of The Cross Border Orchestra performing in Rome, Shanghai, Carnegie Hall – New York, The Royal Albert Hall – London and The White House for President Obama.