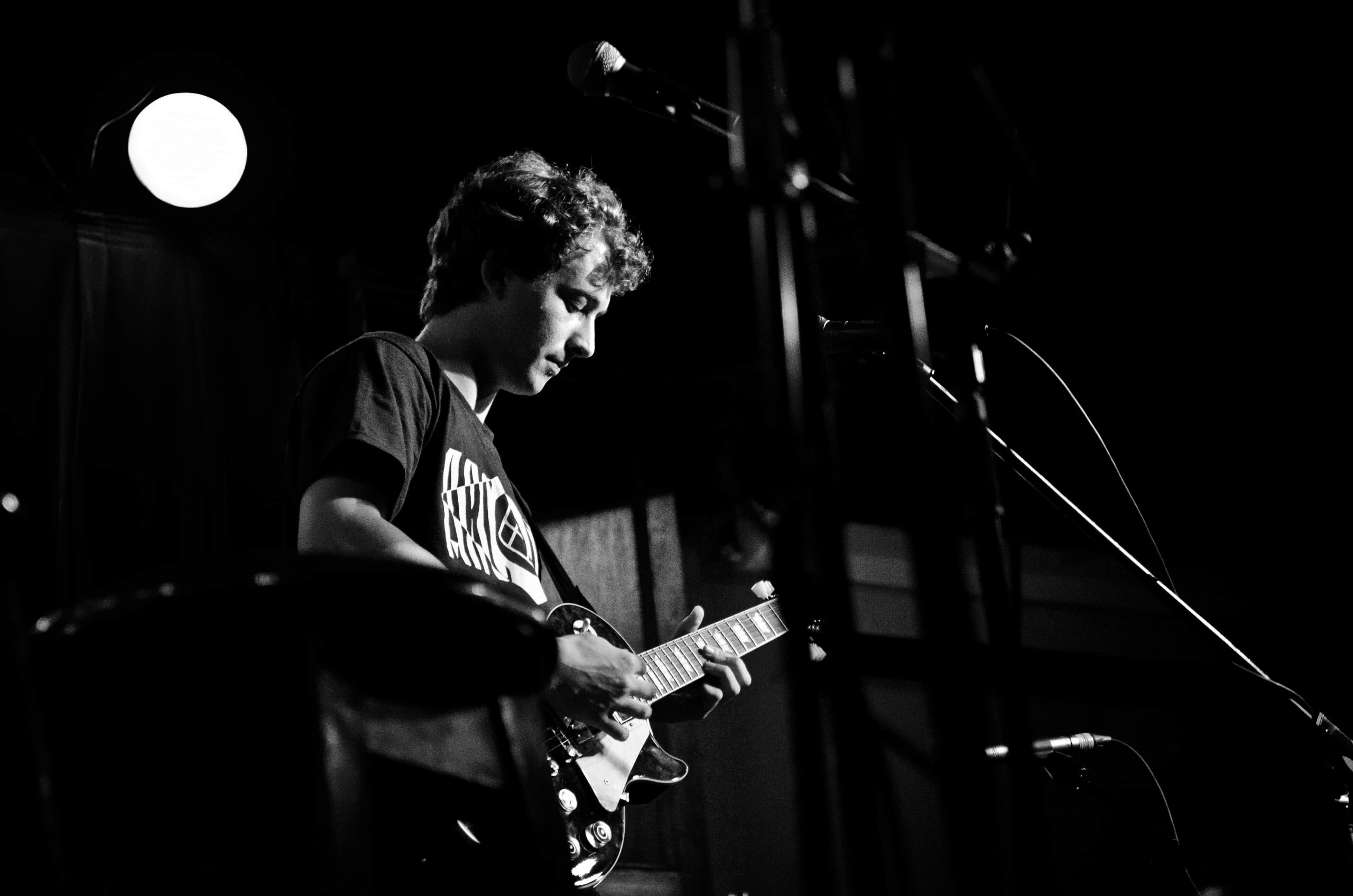 This is an interview from 2015 for Headstuff, an online magazine dedicated to creativity of all forms. Big thanks to Shell Dooley for the opportunity.

Alt Notes is a series looking at another alternative to the alternative music scene in Ireland. With musical diversity at its height around the country, this series is dedicated to bringing the contemporary and experimental musicians and composers of Ireland to your attention.

This week I was given a fascinating insight into the working process and mind of a composer with Breifne Holohan. As a fellow guitarist, I was drawn to Holohan’s exploration of the endless limits of what the instrument can do. His unique compositional style and experimentation with genre and sound is evident when you listen to his works. I would recommend listening to Breifne’s The Achill Preludes as a starting point through this composer’s versatile catalogue.

What made you want to start composing?

When I was around five years old, my Dad had a room full of percussion instruments like gongs, glockenspiels, shakers, wood blocks and other strange instruments. We also had a second hand Bluthner grand piano in the house and several empty biscuit tins (with drumsticks). This unusual collection of materials would become my very own personal orchestra for a number of years. I also managed to get my hands on an old dictaphone cassette recorder. I would improvise and record everything onto the tape machine. The thrill was listening back to the results afterwards. This process of acquiring instruments, improvising, recording and listening inspired me to start composing and not much has changed since then.

How would you describe your music and what influenced this style?

My music is really a direct reflection of what I like to listen to. Countless times I have become completely absorbed in listening to a piece of music. A couple of weeks later, I write a composition of my own, only to discover I have magpied directly from that very source of inspiration. I think it is natural for artists to beg, borrow or steal from great art until they can find their own way to do things. I compose in a wide variety of genres such as jazz, traditional, Irish, ambient and electroacoustic. However, I am particularly drawn towards texture and rhythm. I also love the rhythmic vitality of the American minimalist movement. I remember hearing Steve Reich’s Music for 18 Musicians live for the first time and I was totally stunned and inspired. It influenced me more than any other work and fueled my desire to compose even further.

What is your process when you write?

As any artist can attest to, inspiration can come from anywhere. Sometimes there isn’t even the comfort of inspiration to lean on. You just do it because you have to. Being a musician first and foremost, my process nearly always begins with the piano or guitar and playing around, succeeding and failing, until I hit upon something special. It can be a small melodic fragment, chord progression, rhythmic groove or a mixture of these things. Once I get into that zone though, I have to see the piece through, meaning most probably no sleep, no food, no toilet breaks and an atrocious social life! I enter this zen bubble of creativity I don’t resurface until the work is done. It can be intense at times but I feel this way works best for me and becomes easier the more I do it.

Does your creative process evolve as you write?

I like to think that every new work informs every succeeding one. I understand the artist’s need sometimes for radical change in their work; to attempt something entirely different. However, without the knowledge that previous experience has imparted, the artist would never have reached this point. A couple of years ago, I began playing the electric guitar again after a long break and became interested in still, drone, textural, ambient music. Gradually, I began to introduce elements from my previous academic studies in composition until I had reached a fine balance of new and old influences. I am continuing to evolve this approach now through the introduction of multiple instruments and collaborating with people from other art forms.

In what way is your music different to what is already out there?

I remember hearing Charlemagne Palestine’s Strumming Music for the first time. In this piece, he plays pulsing repetitions of cluster chords with the piano’s sustain pedal depressed, turning the instrument into a gigantic resonating machine of sound. The result is majestic and when I first heard it, I thought: “how is one guy generating so much sound from one instrument?” I was fascinated by his resourcefulness and ingenuity. When I began writing for the electric guitar again, I began to collect lots of effects pedals and processors with which I would experiment and compose for hours. These pedals have since become, not unlike my younger years, my new personal orchestra. Using various loop pedals, modulation and spatial effects, I have been able to create large scale works through the minimal instrumental forces of a single electric guitar much like my muse Mr. Palestine.

How do you find being a composer on the Irish music scene?

It can be very challenging at times. This country can be a bleak place for an aspiring artist. However, I have found a number of independent figures in the radio, broadcasting, journalistic and blogging community that are doing fantastic and admirable work in promoting up and coming artists. I have found the need to be as multifaceted as you possibly can of paramount importance.

Over the last few years, I have worked in a myriad of capacities within music, often for little or no financial reward: performer, accompanist, composer, sound engineer, producer and teacher, to name but a few. This, however, can be the most rewarding way to work as you are building up skills, meeting new people and often an opportunity in one area can lead to several more elsewhere. So, with this in mind, I remain optimistic and will continue along the ‘student of life’ dusty trail. It’s what I know best.

Have you any performances or releases coming up?

Last June, I released my debut album Eastern Passages. It features four original works; two for electric guitar and two electroacoustic compositions. The title track is the oldest piece, written in 2006 as a soundtrack to a series of hypnotherapy CDs by Alison Kelly. ‘Escape’ recalls my avoidance of school study during my Leaving Certificate year. ‘Study for Sirens’ and ‘Les Cloches Artificielles’ are my first explorations in electroacoustic composition, written as a student in Dundalk IT. The album is available online and on CD.

I am currently preparing to undertake composing for a dance production in Newcastle, England, which will be staged in early 2016. Currently under the working title of Launch Day, it is a dance work by Kristin Kelly Abbott in collaboration with and inspired by the paintings of visual artist, Alexander Millar. The piece focuses on the daily lives of workers from the shipyards at Newcastle upon Tyne during the Industrial Revolution. I am hoping to compose the soundtrack for the production as well as create an atmospheric sound design through the use of extensive field recordings.